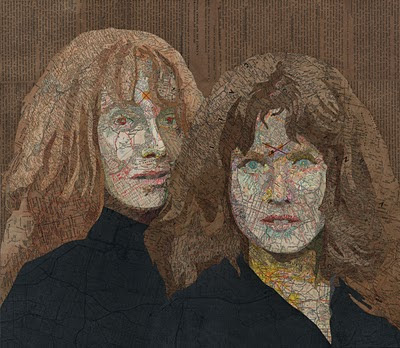 Matthew Cusick was born in New York City in 1970 and graduated from The Cooper Union with a BFA in 1993. His work has been exhibited internationally since 1996.
Cusick lets his work be guided by his various materials: maps, atlases, encyclopedias and school textbooks. “I like to catalog, archive, and arrange information and then dismantle, manipulate, and reconfigure it. I use maps as a surrogate for paint and as a way to expand the limits of representational painting. Through a process of cutting up and reassembling fragments of maps from different places and times, I am attempting a more complete representation of an existence, one that incorporates the geographical and historical timelines of that existence within the matrix of its image.” 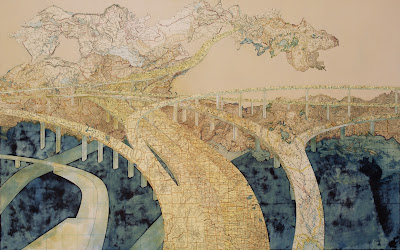